Agate gemstone
Agate gemstone occurs in several fascinating colors, forms, and patterns including, 1) Banded agates, this variety of agate is probably the most commonly encountered. it is made up of successive layers of curved, parallel bands which may vary considerably in thickness, color, and transparency. many banded stones are not entirely made up of agate. Often the agate bands form only the outer part of the gem while the central zone consists of coarse crystalline quartz , 2) Dendritic Agate (Landscape Agate), this pure white agate contains "scenes" of black or dark brown treelike inclusions due to existence of trace amount of iron oxides 3) Moss agate, is is called moss agate due to existence of manganese, mosslike inclusions. The inclusions which have created such an abundance of forms and patterns in this gem are the result of a finely divided pigment which has impregnated the chalcedony 4) Fire Agate, the firework color of this variety is due to diffraction of light through layers of iron oxide within the quartz,  5) Fossilized wood, 6) fossilized coral. 7) Iris agate, this is a type of gray chalcedony which, when cut into thin slabs, polished on both sides and the held up to the light, will show a brilliant play of rainbow colors with red, green, and blue usually predominating.

cutting and polishing of agates

Agates, because of their hard, tough nature, are perfectly suited for jewellery making provide equally attractive display specimens and ornaments. Banded, eye and fortification agate can be made into beautiful display specimens by slicing the nodule straight across the layers and polishing the flat face so that the color bands are seen in their full development. For cabochon cutting, the cut surface is carefully inspected to find the most attractive area. This is marked and then cut out with the saw.
Different effect can be produced by cutting the agate nodule approximately parallel to the banding. If cabochon is prepared for such a piece, the upper curved part of the gem will intersect the layers which will be revealed as a series of concentric rings.

Agate gemstones are worn in many cultures as protection from the “evil eye.” They also have been used for many years as ornamental gems by makers of jewellery who employed these colorful gems as antidote to heavy diamond-set jewellery of the Victorians. Agate is usually cut as thin slabs, or polished as ornaments, brooches, or pendants. It is worth noting that agate gemstone is enhanced by dyeing (because of its porous nature) or heating to be used jewellery. For more information on how to buy agate, read this article buying agate – here’s what you need to know.
Apart from jewellery making, agate can be fashioned into various ornaments and useful articles such as ash tray and paper knives, if large enough specimens are available. Agate is also used in the manufacture of laboratory equipment. A common use of agate in the past has been in the manufacture of umbrella handles.

Agate gemstones are often dyed in a wide range of colors therefore they can be faded when exposed to sunlight for a long period of time. Agate is very sensitive to sudden temperature changes, this can cause agate to shatter. Furthermore, heavy daily wear is not recommended for agate based jewellery. Generally, steam and ultrasonic cleaning is not recommended for agate gemstone. The best way to clean agate is by using warm, soapy water.

stiff-neck and diarrhea. Among all types of agate, brown agate was believed to have the strongest talismanic power. For instance, a brown agate could help a sick man to recover fast and make a poor man very rich.
Ancient Persians believed used agate as a talisman against fever. It also was used to improve sight and bring good luck to the wearer. According to Pliny the Elder, the Roman scholar, Persians believed agate has the power to avert storms. Ancient Persians also believed agate can be used to protest against evil eye.
Ancient Greeks and Romans used powdered agate in wine as antidotes for snakebites and scorpion stings. In Syria it is believed that triangular agate necklace could be used to prevent intestinal problems. Furthermore, ancient people in Byzantine times used agate to soothe inflamed eyes and headaches and to stave bleeding.
Agate rings inscribed with owner's name and a verse from the Koran was (is) very popular with Arabs. The power of such gem was believed to protect the wearer from numerous calamities. Like most of the gemstones, agates were also regarded as a powerful help in love affairs and the wearer of agate gemstone was assured of success in love. 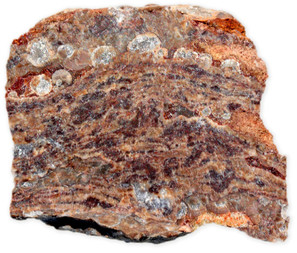